The Armed Forces could have found themselves a new Sweetheart in the form of Gosport MP, Caroline Dinenage. During yesterday’s debate on Defence, Caroline won a great victory for the men and women who put their lives on the line for our country: 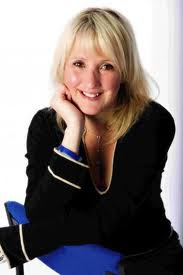 Caroline wins concession for the military
In an uncompromising defence of the Armed Forces and the Royal Navy in particular during yesterday’s debate on Defence, MP for Gosport Caroline Dinenage wrung out a vital concession from Minister of State for the Armed Forces, Nick Harvey MP and which will bring accolades from tens of thousands of servicemen and their families all over Britain.

During a six month deployment to a war zone, a serviceman is entitled to two weeks rest and recreation (R&R) leave back in UK. It is a vital time to re-charge batteries – for both the serviceman and his family. For British servicemen, unlike every other country with deployed forces, the 14 days of leave starts and finishes in the country of operations (e.g. for US forces the clock starts ticking on arrival on US soil, whereas for British servicemen it is in Afghanistan). Often using ancient trooping aircraft subject to frequent breakdown and sometimes being delayed by the vagaries of helicopter availability, the journey home usually takes 3 days – and then 3 days back again. And if there is further delay the now 8 days leave is reduced yet further. In her speech, which had wide cross party support, Caroline said “It is therefore essential that the ‘R & R clock’ starts from when the person arrives back in the UK in order to allow maximum time for the unseen wounds of stress to be in some way healed prior to returning to the front line”.

Responding to her strong message the Minister replied; “Similarly, my hon. Friend the Member for Gosport (Caroline Dinenage) raised the issue of rest and relaxation and the fact that it ought to begin from the moment people get back home. I entirely agree that that is the most desirable way of doing it, and if in particular circumstances it proves, for operational reasons, not to be possible, we have guaranteed that we will add it on at the end, when people get back. That is a sub-optimal solution, but it may on occasions be necessary, for operational reasons, to handle it that way, and we will ensure at any rate that people do not lose out. My hon. Friend made a good point.

A senior officer was heard to comment after her speech “that there have been numerous attempts to correct this iniquitous state of affairs. Now it appears that a new ‘Forces Sweetheart’ has achieved it!”

I've had the privilege of helping Caroline during her election campaign and I can tell you that I have never met anyone with so much drive and enthusiasm. I'm sure that Gosport can only get better with Caroline representing us.
Posted by Daily Referendum at 18:04

Oh, and welcome back after almost four months of absence.

As and ex-RN man, I have to concur with this (bloody gorgeous) MP. Had it a couple of times whereby I spent about 1.5 days of travelling in a weeks R & R during a deployment.

One other thing that gets up my nose is when well paid MPs complain they are away from their families from Monday to Friday. WTF?? Try doing a few months on far far less pay in a warship; or in a battlefield environment, then you may have something to complain about.