I had a run down to Brighton today to take a look at the Sinnis Apache 125cc motorbike (the bike that took their man Anthony Jackson over 10,000 miles to Mongolia)  at their OnTheWheel showroom. I was hoping to have a look at an orange one but they only had the Black model in the showroom (they have plenty of Black and Orange in stock in the warehouse apparently). The guy in the shop was very helpful and was enthusiastic about the Apache. I wanted to see the bike in the flesh to see if it was big enough for me and to confirm the good reports on build quality. As it happens I couldn't be happier, the bike is a perfect size for me (I'm just over six foot - probably good for 5' 9" upwards) and it looks very well put together. I'm an engineer and I can confirm that all the welds and fixings look good.

The sales guy also said that I could get the exhaust in chrome as an option and possibly have the gold forks fitted (which I prefer to the black).  I think he said delivery was about £110.

Hopefully I'll be ordering my Apache in a couple of weeks.  Here are a few pics I took today:

The Apache (front mudguard missing for some reason): 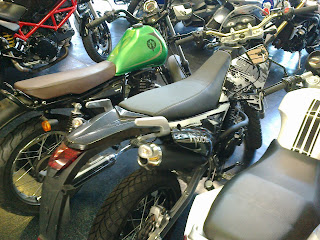 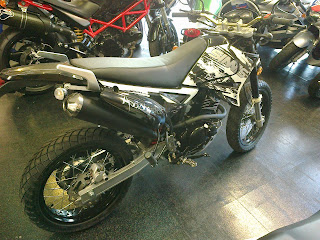 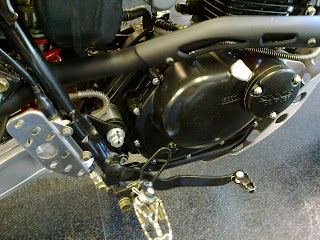 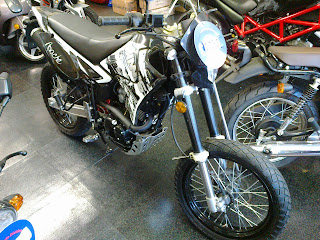 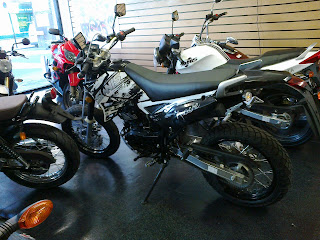 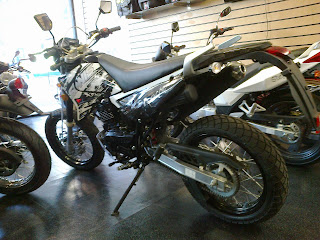 The Apache I want: 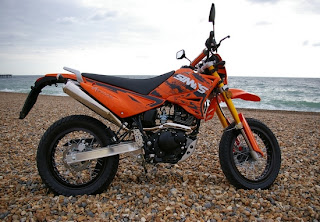 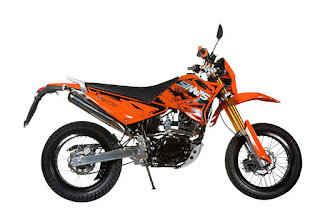 A nice video of the Apache: 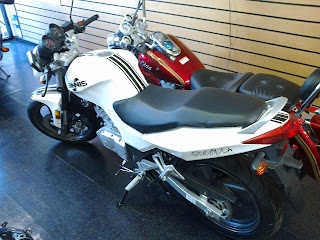 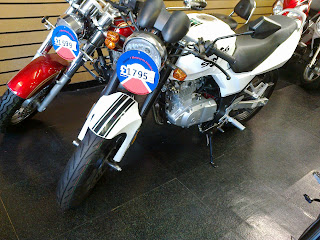 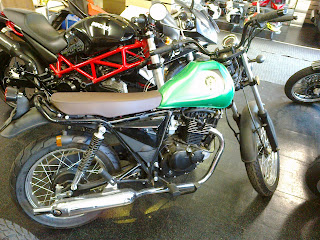 Apparently this Trackstar is a Prototype.  The one you can buy looks like this: 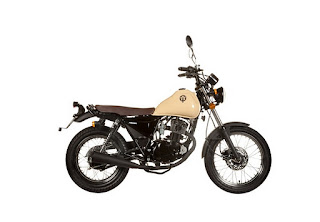 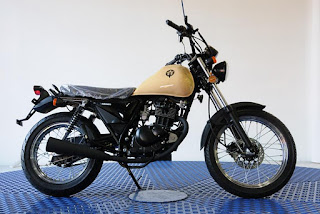 Posted by Daily Referendum at 19:00