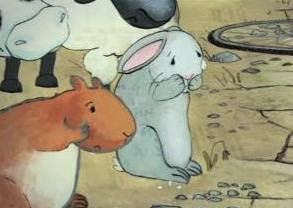 I have seen some dirty low down tricks in my time, but this takes the biscuit. The government have spent six million pounds of our money on an advertising campaign aimed to frighten both adults and kids into believing in climate change. The advert will be shown at prime time during the Coronation Street break. I'll let you watch it for yourself, but one highlight is a dog drowning in the centre of what looks to be a British town.

In my opinion there is nothing balanced in this advert. It has been designed to frighten - not to educate - and it should be banned.

We the undersigned petition the Prime Minister to Stop wasting taxpayers' money on climate change propaganda designed to frighten our children.

The government's latest TV advertisement on climate change is pure propaganda designed to frighten our children. Showing kids a puppy drowning in the centre of what looks like a British town is beyond fiction. It shows a weakness of argument for a government to have to resort to fear to bring the public "in line". This advertisement should be pulled immediately.

In the current economic climate, surely the government can find something better to spend six million pounds of taxpayers' money on.

Thank you for your email.

All television advertisements are checked to ensure that they meet the requirements of the Broadcast Act, as detailed in the Television Advertising Standards Code rules and regulations. From the 1 November 2004 Ofcom, the broadcasting regulators, contracted out the responsibility for the code to the Clearcast. The investigation of complaints about apparent breaches of the Code was also contracted out at this time to the Advertising Standards Authority, through its broadcasting arm ASA(B).

Commercials are viewed and cleared prior to transmission by Clearcast at 2nd Floor, 4 Roger Street, London WC1N 2JX. Website http://www.clearcast.co.uk/clearcast The subject matter, content and treatment of all commercials are always given serious consideration to determine their suitability for transmission. All claims and statements made require substantiation, and particular care is needed to ensure that advertisements are not misleading.

For your information the contact details for the ASA are as follows:-

We have made a note of your concerns, which will be logged and viewed by senior management.

Once again thank you for taking the time to write to us and your comments have been noted here at ITV.

Posted by Daily Referendum at 12:41

That reminds me - I'm picking up a rabbit from my butchers tomorrow. Ta!

CO2 doesn't cause warmth... warmth i.e. Sun causes CO2... geddit kids. Get a proper education... get a life. A lot of people are aware that this is a scam, it's just a case of what are we going to do about it? Unlike nuclear war scare tactics... they've now found something that we can worry about and pay for 24/7.

Thankfully the public doesn't believe what its told any more - after 12 years of Liebour.

I'm busy reading Heaven and Earth by Ian Plimer and I'm getting steadily more annoyed with the warmists and their Trotskite co-travellers.

study the science you dozy morons and stop spouting off like uneducated idiots.

Or maybe you should club together and write a paper explaining just "why" it's all a scam.

Good point, well made. Insults always make an argument stronger I think. NOT

If you provide a link to your article explaining how the earth warmed out of the last great ice age without man being the cause, then I might start to consider the ridiculous notion that the "science is settled"

Still I expect you've got plenty of thick woolly sweaters ready for when we're all freezing our butts off in 10 years time and can't afford to heat our homes because the bills went up 60%, and anyway your urban warrior mates closed down all the power stations and the wind doesn't blow, all in the name of this false religion. But since there'll be no power to turn on the computer at least we won't be able to say "told you so"

I don't agree with much of what you say Steve, but I'm one million percent behind you on this one. This is pure prime time brainwashing.

NB to all Scam deniers... especially Anonymous www.realclimate.org aka The Guardian Environmental Network (doesn't that say it all)...

"The government have spent six million pounds of our money on an advertising campaign aimed to frighten both adults and kids into believing in climate change."

The government is spending £400m of our money to cover 400,000 CO2 emitting vehicles, in the Cash For Bangers Scheme.

realclimate is a site written by climate scientists for lay-people like yourselves. You don't even begin to understand the science so you react in the only way you know how, in an attempt to look big and clever.

Nothing that will ever be posted on here will contain an ounce of science or even make a serious point countering the science of climate change.

The fuckwits insult was over the top. I know fuckwits with a lot more intelligence than some of you lot. Perhaps one of you wil explain just what part of the science you disagree with. And what about evolution and gravity?

Man, that is so tragic. The trouble with blogging is that although it lets people get their views across, there's no quality control so people are at liberty to show themselves up to be unbelievably backwards like our friend above. Sun causes CO2. Oh dear me.

There is no doubt that CO2 lags temperature... but what causes CO2 emissions?
Heat from the Sun. As the oceans warm, the solubility of CO2 in water falls... This causes the oceans to give up more CO2, emitting it into the atmosphere.

Try putting a can of Coke in your oven brains. By leaving it in the fridge you will avert destroying your kitchen.

Man, that is so tragic. The trouble with blogging is that although it lets people get their views across, there's no quality control so people are at liberty to show themselves up to be unbelievably backwards like our friend above. Freezing temperatures causes CO2. Oh dear me.

"Global warming alarmists would have you believe that a rise in CO2 causes temperature rise. However, this is exactly the opposite of what is actually happening. In general temperatures have risen 400-1000 years BEFORE CO2 starts to rise."

Hands up who voted for this.

who mentioned anything about freezing temperatures and CO2?

Number of observations of carbon decreasing in the global oceans: zero.

Had the oceans or land contributed to this increase in atmospheric CO2, they would hold less carbon. They don't.

You really don't have a clue.

I have stumbled upon this board after a conversation with my Dad left me flabergasted to learn this insightful message had been banned from our homes.

Here's the irony - we were discussing how the reason we've come to a point where we're desperately clutching at straws to save our Mother Earth is because of small minded people ill prepared and too scared to accept the Reality;

The Reality is we've murdered our Earth and consequently each other.

Our children will have not only the burdens of our own trivial existences - having a nice car in a respectable neighbourhood with an amicable career and 'functional family'.

Sadly, our children will also have the burden of finding a way to save the ground on which their own children stand after we are gone.

People who ban this message being dispersed to the owners of our planet are the people who are killing it.

Congratulations, you just put another nail in Mother Earths coffin.